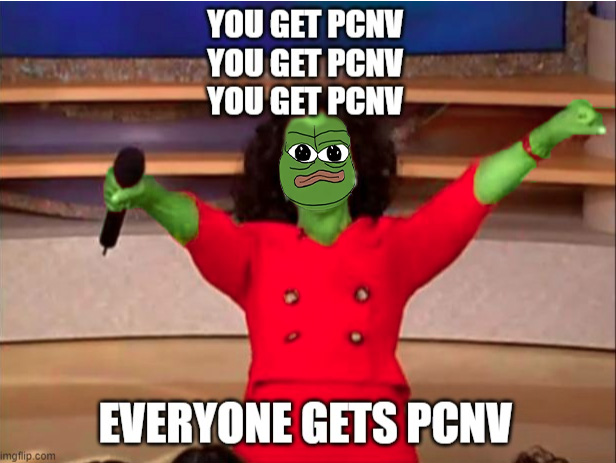 Ah, pCNV. The glue that bonds us all together.

This article plans to bring you up to date on all things pCNV and help you understand why it is the lifeblood of the Concave team and community, helping us stick together and co-operate on a long-term basis.

This is why Concave was created - to bring good, hard-working people together to create great things. We believe pCNV is a vital part of achieving this goal.

Read on if you want to take the blue pill with us! Or was it the red pill?
Ah, let’s just drop ‘em both and let's party.

So who gets pCNV then?

As you can see, pCNV will be given to a wide variety of contributors for a wide variety of reasons. Other than the 8 main departments of Concave, we have also allocated a portion out for NFT pToken holders, social tokens (rewarded by participating via contribution), and some reserves for future use.

We know there are a lot of questions regarding pCNV - so let’s break it down for you!

Fact #1: pCNV will be distributed to Concave NFT holders
Fact #2: Distribution of pCNV will not have a significant impact on CNV price
Fact #3: pCNV is not only meant for CO-OP builders, it will be distributed to our community too!
Fact #4: There is only one game: the long game
Fact #5: pCNV holders receive boosted Proof-of-Gem airdrops
Fact #6: pCNV maximizes the Concave Treasury Flywheel effect
Fact #7: pCNV is sustainable and healthy for the protocol

In the beginning, when miners were first discovering the entrance to the cave, six community-run teams created NFT projects. These teams were fully self-organized and run by community members who met in the Discord. We encouraged this to display the principles of coopetition, having teams compete to converge on the best outcome.

All NFT holders were promised an airdrop for supporting these teams. We think a non-dilutive community-bonding token is a no-brainer to airdrop to our loyal frens.

If you bought any NFT from the six collections and held it until the snapshot (3/3/22) you will receive an amount of pCNV weighted according to the mint price of the project.

Although 50% of pCNVs allocated will be unlocked on Day 1, the vesting schedule / tokenomics of pCNV have been carefully crafted so as not to unleash a flood of CNV onto the market that would dilute stakers and create sell pressure.

Here’s why:
All pCNV will only amount to 10% of the current total supply of CNV when fully vested and converted to CNV.

Remember that the combined total of pCNV will only amount to 10% of the total supply at this moment. That would leave us with a total of 29,731 CNV if everyone was to convert simultaneously.

Even in the highly unlikely event that every pCNV holder converted all of their tokens at once and sold them, it would only dilute the current CNV supply by ~10%.

We won’t be releasing the entire 10% in the beginning either, so this isn’t even an issue. pCNV will be allocated gradually.

This is because the value of pCNV on Day 1 is equivalent to about 0.001 CNV. At our given market cap, it would serve everyone better to hold onto their pCNV for the quarterly rewards.

You may have noticed that we set aside a generous portion of pCNV under “Reserve” and “Social Token”.

Why is that? pCNV won’t be allocated fully at the start - there are ways to earn it!

We never wanted pCNV to be an exclusive “core team” token, given to members of a club that you aren’t a part of.

From the very beginning, we have stated the community is the lifeblood of Concave. So, we designed pCNV to reflect this.

We wanted to give the community a chance to be a stakeholder in Concave and also think that earning pCNV should be a fun experience.

Community members can get their hands on pCNV by participating in the sections of Concave that bring them the most joy. We want people interacting and coming together over things they love. So we’ve created tasks and games for you to get some pCNV into your pocket.

One example of this would be earning pCNV through our Lootboxes, which can be purchased with our social token, SPOON. Every day we drop SPOONs at fun events and play games with SPOONs prizes. You’ll also frequently find people tipping each other SPOONs in the Discord channels for sincere and ridiculous reasons.
The goal is to bring people who enjoy the Concave community together for the long run and provide all participants with the same goal: Make Concave the best protocol it can be - long into the future.

In the future, upon reaching a terminal CNV supply of 333,000,000, 1 pCNV will be equivalent to 1 CNV. Even if it is not redeemed, pCNV will still receive the PoGs boost.

Additionally, the core team’s bonus is paid in pCNV. This is also why the team is in it for the long haul - we essentially need to make Concave succeed so that we all can make it. Together.

So as you can see, pCNV’s true potential doesn’t only unlock over time, but also as the protocol grows in strength and stability. There will be no dumping or dilution caused by pCNV - it is our friend and it wants nothing but the best for us.

As you know, protocol stakers receive a share of earnings from Concave products and services. Rewards to stakers are paid out at different intervals.

Locked emissions in the native CNV token are paid out at 24-hour intervals and redeemable rewards in non-native tokens (DAI, Frax, etc.) are paid out in a quarterly PoGs.

Note: If you hold pCNV, you do not need to take active action to stake it - pCNVs are automatically staked.

You are essentially a “shareholder” when you own pCNV - it has the highest PoG boost and payout. Each of the locked stake positions receives a portion of the PoGs return.

With our Policy chads building our treasury, our Partnership team building great relationships with reputable partners, and our products bringing in money.

We’ll be around for a while, we play long games with long people.

All pCNV unlocked and allocated can claim a share of Concave PoGs without redeeming pCNV for CNV.

Note: If you redeem pCNV for CNV. You will have to stake your CNV in the pool to be eligible for PoGs. Do keep in mind that the PoGs boost will no longer be at maximum (since you're no longer holding pCNV).

We have just built our infrastructure for the Treasury Flywheel.

Unlike some other protocols that mismanaged their funds and blow up, we are being cautious and preparing for the future.

At the same time, we built out our Marketing-as-a-Service (MaaS) and finalizing details on our permissionless Bonding Market Maker (BMM).

These additional products increase the overall Concave Treasury - which in turn gets distributed to CNV stakers and pCNV holders.

Having a token like pCNV also keeps a healthy atmosphere in the project. One of the hardest problems to solve in crypto communities is the fact that everyone's goals are not always aligned.

Yes, everyone is here to make money - but how to go about this differs from person to person. I might want to see my money grow slowly and sustainably into the future.

Others might want to get in and out with as many quick returns as possible.

With pCNV, everyone who participates is incentivized to stay for the long run - as maximum profits only come when maximum protocol health is achieved.

After seeing a lot of the other DeFi communities ghost after getting their allowlist, we wanted a way to keep people engaged and reward them for their time spent with us. We have hand-crafted our own innovative P.E.E.P.O. system to facilitate this.

Note: pCNV will be fully transferable. You are able to transfer your pCNV from one wallet to another.

We made sure to account for the ability to spread out the risk, just in case one of your wallets gets compromised.

And there you have it! All you need to know about pCNV!
It's a scary world out there. Stay safe! 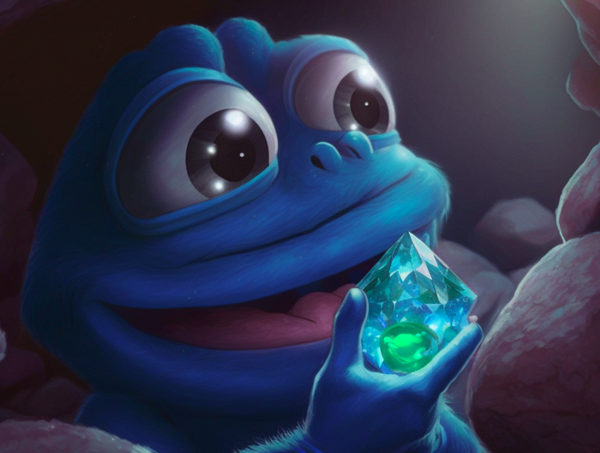